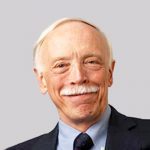 Dr. Knerr, co-founder of Academic Assembly, is Managing Director and founder of AKA Strategy, a strategic planning consulting firm assisting higher education institutions, and other leading nonprofits in the United States and globally to successfully address complex strategic challenges. He was previously Executive Vice President for Finance and Treasurer for Columbia University and Vice Chancellor for Budget and Planning of the City University of New York. He was earlier Special Assistant for Budget and Planning to the Acting President of Yale University; an Associate with the consulting firm of Booz, Allen & Hamilton; a Program Officer with the International Exchange Program; a Teaching Associate at Indiana University; and a Teacher at Milton Academy.

Dr. Knerr is currently President Emeritus of the Sea Turtle Conservancy; President Emeritus of United Neighborhood Houses of New York City; Treasurer of Words Without Borders; and a board member of the Keats-Shelley Association and New York Society Library. He is also a Lead Director of the Delaware Group of Mutual Funds and a member of the Mutual Fund Directors Education Council. He has previously served on numerous other nonprofit and corporate boards, and was recently Vice Chairman of Humanity in Action. He is a member of the Foreign Policy Association, Grolier Club, New York Economic Club and Phi Beta Kappa.