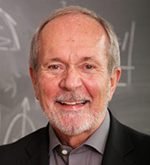 Jerry is the Chair and leader of the Global Futures Group, a consulting, media, and financial advisory firm that supports the use of 21st-century technology to create smart communities and improve the quality of life of urban citizens around the world. He has traveled and worked with leaders and young people around the world to create more innovative and entrepreneurial economic growth. This includes communities as diverse as New York City, Vancouver, London, Stockholm, Shanghai, Nanjing, Kyoto, Kuala Lumpur, Singapore, New Delhi, Abu Dhabi, Tel Aviv, Bogota, and Barcelona.

Jerry is chair of the board of directors of Educational Housing Services, Inc, and an adviser on urban innovation and infrastructure for the World Economic Forum (Davos) and the Global Federation of Competitiveness Councils, and is Co-Chair of the Smart Cities Alliance for Malaysia.

As a university leader, Jerry was an advocate and architect for hands-on programs that increased innovation and entrepreneurship opportunities for his students. He helped create and develop programs such as the Brooklyn Technology Triangle, the Varick Street Incubator, NYU’s Center for Urban Science and Progress, the NYC Media Lab, NYSeed (a public-private angel fund), and NYU’s global network of campuses. As President of Polytechnic University, Jerry led the successful merger of Polytechnic University with New York University. From 2000 to 2005, he was dean of the school of technology management at Stevens Institute of Technology.

Jerry served as the Under Secretary of the Navy for President Bill Clinton from 1997 to 2000, where he was a leader of Vice President Al Gore’s programs in business innovation. He currently serves as a member of the Defense Business Board, an advisory body to the US Secretary of Defense; in this capacity, Jerry is leading a study on how automation and artificial intelligence can improve defense business processes and reduce costs.

Jerry is a graduate of Yale Law School and Ohio State University and is a Vietnam veteran.