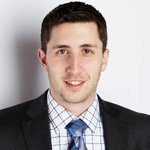 Robert Fried is the co-founder and CEO of the Chinese Language Institute (CLI) and Solstice Education. CLI is an internationally recognized center for Chinese language and cultural studies that has hosted over 2,000 students from over 27 countries since its establishment in 2009, while Robert was still an undergraduate in college. Solstice Education specializes in integrated, custom study abroad programs developed in partnership with colleges and universities. Robert graduated summa cum laude from Virginia Tech with degrees in Political Science and Communication and is fluent in Mandarin Chinese. He was named Virginia Tech’s 2012-2013 Outstanding Recent Alumnus for the College of Liberal Arts and Human Sciences. He earned his MBA in Entrepreneurial Management and Master of International Studies in Chinese & East Asian Studies from the Wharton School and the Lauder Institute of the University of Pennsylvania in 2016. When not travelling, Robert spends the bulk of his time in Guilin, China and Monument, Colorado.